Stop the Machine: Put your bodies upon the gears and upon the wheels... 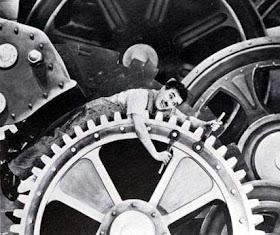 When is enough enough for teachers, parents and students under assault?

Leonie sent this in response to organizing efforts around the opt-out movement by parents who are increasingly losing their fear of consequences.

I suggest that you reference Mario Savio’s great speech in 1964; video here:If you haven’t seen this speech, you must.  It is one of the great political speeches in history.


There comes a time when the fear of consequences of taking action disappear. When this occurs in enough people to make a critical mass, the monster putting a pillow on people's faces is defeated.

So it will be with ed deform. Whether the growing opt-out movement by parents or teachers refusing to take part in giving useless tests in Seattle, or here in the UFT where MORE people are tired of the UFT's capitulation in assisting with moving the wheels and the gears of the machine instead of putting their bodies on these levers of power. The UFT leaders have too much to lose. In Chicago, the leaders of the union were in the classroom 3 years ago and decided to put their bodies on the wheels, gears and levers.

Nothing will change in the UFT until there is a critical mass of activists. People unafraid of standing up to Tweed or 52 Broadway.  This struggle is not about votes in elections but in building this critical mass through active struggles. If you are out there and anonymous and fear the consequences, it may be time to move to the next step.

Can you afford not to? After all, the only thing you have to fear is fear itself.