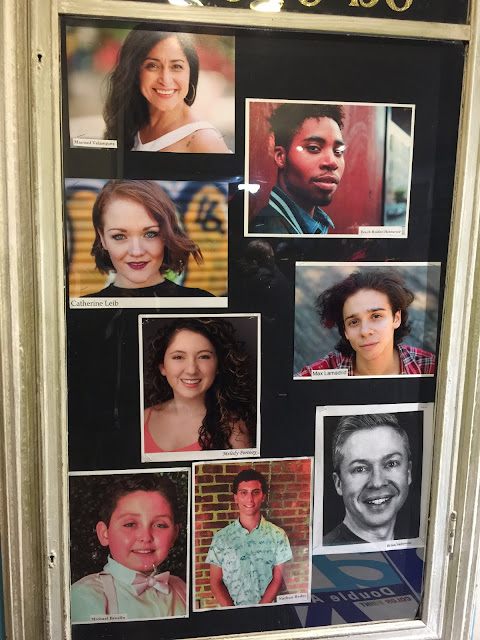 I saw the original Pippin with Ben Vereen as the Leading Player on Broadway in the 1970s. I think I fell asleep, as I usually did at the theater in those days. So I barely remembered it. But we did name one of our cats Pippin and she lived to be eighteen, so I have a deep connection to the show, though it wasn’t one of my favorites. With the Rockaway Theatre Company closing its season with the 2012 revival of the play, I finally got to see a more exciting version of the show and remained fully awake. There was such a feast of activity taking place on stage, and at times in the aisles, I didn’t know where to put my eyeballs. I’m going back at least two more times. 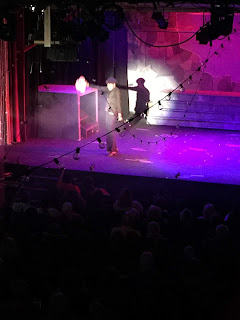 I talked to Director John Gilleece at the show and he was bursting with pride over the performers and what they have managed to pull off at what may turn out to be his final turn at directing, though he remains the Artistic Director of the RTC which he played an instrumental in its founding two decades ago. John has helped nurture a 2nd and even a 3rd generation of performers and directors. Next year we will see a bunch of plays directed by the under 35 crowd who got their start as teens at the RTC. What a tribute to the work John has done and will continue to do.

If John is the boss at the RTC, Producer Susan Jasper is the under-boss. It is hard to imagine the two of them not doing a play together and I would wager we will see the partnership revived at some point. Susan will continue to produce the plays next year.

Musical Director Richard Louis-Pierre has been a third leg on the Gilleece/Jasper team and once again he has put together a spectacular band. Rich does so many things so well around the theater and is there so often sometimes I think he lives there.

Wait until you see the movement and dance choreographed by Gabrielle Mangano whom I can remember as a teen performer. Gabby is also one of the acrobats, who are captained by St. Louis native Ashley Ann Jones who made her memorable RTC debut as Judy Turner in “A Chorus Line.”

The two main leads are played by RTC veterans of a recent vintage who made their debuts in “La Cage Aux Folles.” Murrow HS grad Erech Holder-Hetmeyer has the Ben Vereen role as the Leading Player, a narrator of sorts and as far as I’m concerned, Erech could go toe to toe with the pro. A perfect Pippin is played by Max Lamadrid, who also made is RTC debut in La Cage. He and Erech are triple threats as actors, singers and dancers.

I’ll talk about others in the show next time. Last week I reported that children workshop and adult main stage RTC vet Andrew Barth Feldman will be starring on Broadway as the lead in “Dear Evan Hanson” starting at the end of January. Everyone who’s seen Andy knows what a talent he is, so this is not surprise. Andy was at opening night and was treated like a conquering hero by the RTC community. We wish him luck and hope to see him in the play when he opens.

Tickets may be purchased the web.
www.rockawaytheatrecompany.org