In his Letter from a Birmingham Jail, Dr. Martin Luther King Jr. condemned this type of silencing, writing that he was "gravely disappointed" with the "white moderate, who is more devoted to ‘order’ than justice."[3] ... Wikipedia

On NPR's "On the Media" this morning I heard a discussion of tone policing and how attacks on protestors who are viewed as "going too far" has been used to subvert the message. https://www.wnycstudios.org/story/problem-with-civility


The Problem with Civility

It is worth listening to.

I'll admit I also react badly to what looks like uncivil behavior. Like I wasn't for tossing Sarah Huckabee out of the restaurant. The owner who did that also killed her business. So there are consequences.

But having just been through years of being lectured about my tone by the tone police in MORE and seeing Mike Schirtzer purged under the cover of his "tone" when in fact it was a political purge, this story struck a note. I had not heard the expression "tone policing" as a way to deflect debate and yet I saw this in action in MORE on numerous occasions, with the final straw being taking an open discussion listserve and putting it under moderation which has in essence killed all debate in MORE.

It was funny as the same faction, all aligned politically, tried to control the listerves when we were in GEM, so I had an inkling that some form of political policing was behind the tone attacks. But this morning I heard it discussed in the main stream media for the first time.

The wiki item below focuses on tone policing as being used against women and minorities and the left, but it also comes from the left, especially from the sectarian left which always tries to control voices that don't align with their particular sect. On the other hand, to be fair, people do have a right to complain about tone if they are offended - that is fine. But what I found is that I would put out a serious argument and the tone police would ignore the entire argument and chastise me on tone. Sure, tell me I could avoid using a certain tone -- good friends have told me that curbing my sarcasm would strengthen my arguments.

So I tried very hard to avoid giving people an excuse to avoid my political points. The result? They just ignored what I was saying altogether. Dead silence. So now I avoid commenting at all inside the MORE bubble and will use Ed Notes to make my points.

Tone policing (also tone trolling, tone argument and tone fallacy) is an ad hominem and antidebate appeal based on genetic fallacy. It attempts to detract from the validity of a statement by attacking the tone in which it was presented rather than the message itself.


In Keith Bybee's How Civility Works, he notes that feminists, Black Lives Matter protesters, and anti-war protesters have been told to "calm down and try to be more polite". He argues that tone policing is a means to deflect attention from injustice and relocate the problem in the style of the complaint, rather than address the complaint itself.[2] In his Letter from a Birmingham Jail, Dr. Martin Luther King Jr. condemned this type of silencing, writing that he was "gravely disappointed" with the "white moderate, who is more devoted to ‘order’ than justice."[3]
While ad hominem fallacies of relevance are often autologies, critics have argued that tone policing is a flawed concept simply because it is autological. As discussed by The Frisky's Rebecca Vipond Brink, the act of labeling tone policing may itself be considered tone policing:

The problem with telling someone that you have a right to express yourself as angrily as you want to without them raising an objection is that you’re also inherently telling them that they don’t have a right to be angry about the way you’re addressing them.[4]
— Rebecca Vipond Brink, Calling Out Tone-Policing Has Become Tone-Policing

Bruce Byfield has written that steering observers away from the validity of an argument is only one of many possible motivations for raising concerns about tone during a heated debate.[5] An article on The Good Men Project has argued that moderating tone, whether or not one cares about civility, is useful for increasing persuasive impact on the listener.[6]

Here is the Jersey version of the law passed in NYC.

Protecting unions with the law

The Workplace Democracy Enhancement Act that Murphy signed last month is one of those laws that could help public-sector unions. It gives them:
http://www.njspotlight.com/stories/18/06/27/nj-public-unions-vow-to-stand-up-to-u-s-supreme-court-janus-ruling/

The Gates Foundation’s big-data experiment wasn’t just a failure. It did real harm

Thanks to Jeff Kaufman for posting this.

Here's How Not to Improve Public Schools


Quality can be hard to measure.
Photographer: Dave Einsel/Getty Images

The Gates Foundation deserves credit for hiring an independent firm to assess its $575 million program to make public-school teachers more effective. Now that the results are in, it needs to be no less open in recognizing just how wasteful — and damaging — the program has been.

School Scope: The UFT and Janus – Would a More Democratic Union Keep People from Leaving?

Union leadership will use the Janus decision to shut down internal critical voices. If we let that happen, we are abrogating our responsibility to build a better union by trying to force changes (and believe me it will take force) and we are also helping the anti-union forces who are using the impregnable union hierarchy against them. I expect the slings and arrows to come my way but I have my shield ready. 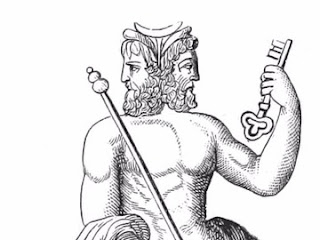 I wrote my column Monday, June 25, when we were still guessing about Janus outcome. It should be in The WAVE - on June 29, 2018, www.rockawave.com when it will be a bit outdated. It is about democracy in the UFT and whether that would be an issue in decisions to leave the UFT. Though this comment on the ICEUFT blog mentioned democracy.


Bronx ATR said...
This decision is not the end of unions. It doesn't even weaken strong unions. The strength of unions is not their bank accounts. but their willingness to fight and stand up for its members. The UFT's lack of democracy and its intentional creation of an apathetic rank and file has it rightfully concerned.

BronxATR is one of the few who mention democracy and my conclusion is that democracy is basically a non-factor for the overwhelming majority of UFT members. Democracy in the UFT only seems to be a factor to the tiny fringe opposition.

We recently watched MORE shunt internal democratic functions onto a side rail by overthrowing a steering committee a faction didn't like and violating so many by-laws we lost count. (See Why We Choose to Leave MORE)

So, even the supposed opponents to Unity (and I no longer consider MORE a serious opponent to Unity) don't seem very interested in pushing back on the issue of democracy in the UFT.

Yet, unless the ruling Unity Caucus party considers offering dissidents a role in reforming the union, Janus will make them bleed deeply unless there are some fundamental reforms. But I don't have much hope this will happen as the Unity DNA means maintain ironclad control even in a shrinking union.

School Scope: The UFT and Janus – Would a More Democratic Union Keep People from Leaving?
By Norm Scott

Democratic norms seem to be slipping away all over the world. But there are alternate views as to exactly what constitutes democracy. We would have to define these norms first – which would require too much of my limited brain power. So I’ll leave it to you readers to define democracy on your own terms. Suffice it to say, I don’t take a traditional view of democracy.

Some UFT members may think the UFT is a full-fledged democratic union. So I imagine the state of democracy in the UFT won’t affect their decision on whether to keep their union membership or not when the Supreme Court most likely rules in the Janus case that no one can be forced to pay dues even though they may continue to accrue the same benefits as those who remain union members.

Without getting into the weeds let’s talk specifically about democracy in the UFT, which I have been a member of since 1967. In UFT elections the almost 60 year ruling party, Unity Caucus (a caucus is similar to a political party), always wins almost every one of the positions up for election with roughly 75% of those who vote. But almost three quarters of UFT members do not even vote and almost half of those who do are retirees, of which 85% vote for Unity. Thus, to a large majority of classroom teachers, a vote in a UFT election is basically irrelevant. Technically, this is still democracy – majority rule, even if only a relatively small minority of the total number of UFT members. Now, it may be that with a sure Unity victory, there is not much at stake, but that is the way our country seems to view democracy – a majority of a minority is still a majority -  though given the way things have been working out there are more and more calls for serious reforms.

In the last election in 2016, a coalition of opposition groups won 7 out of the 100 Executive Board seats, none of the 12 officer positions and none of the 750 delegate positions to the New York State and national teacher conventions. That’s a worse winning percentage than even the METS. Those 7 seats were all from the high schools. In fact, various opposition parties have won the majority of high school votes in most UFT elections since the mid-1980s. Admittedly, the vote totals are low. In 2016 the opposition won the high schools with about 2350 votes while Unity received about 2150. There are almost 20,000 high school classroom teachers in the UFT. Even though our side won, we did so with less than 15% of the high school teachers voting for us. But that was the majority of those who did vote. Our side often claims that high school teachers as a whole do not get enough representation in the UFT, since a majority of those who do vote have relatively little say over UFT policy. The 7 non-Unity reps are only 7% of the Executive Board and they get voted down all the time. The argument that this disenfranchises  20,000 high school teachers, even if it makes the case for our side, is also an iffy one.

Let’s just say that the issue of a democratic UFT is a marginal one and when people chose to stay or leave the UFT post-Janus, the question of democracy will play little or no part.

Having thoroughly confused myself (and you) on the nature of democracy in the UFT, I will go back to blogging at ednotesonline.com where I may just blog about food.