Memo from the RTC: Doubt Is A MAJOR Theatrical Experience 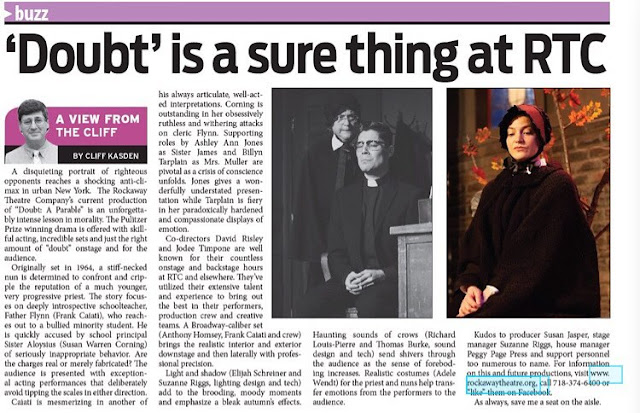 Memo from the RTC:  Doubt Is A MAJOR Theatrical Experience
By Norm Scott 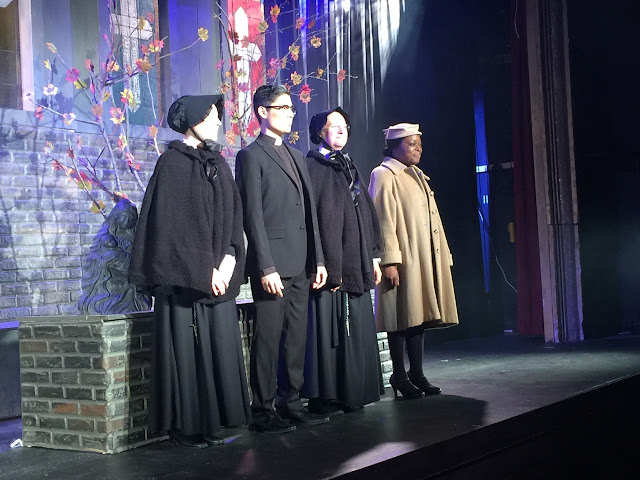 As one of the Rockaway Theatre Company’s videographers I video opening and closing performances. I admit that I was not enamored of the subject matter of John Patrick Shanley’s Doubt about a possible case of child molestation by a priest which opened last Friday and closes this Sunday. I knew the actors and was sure they would be great. But as for the play itself, I was not so sure. So I entered the theater with an attitude of doing my duty. I left a riveting hour and a half later feeling I had had one of the great theatrical experiences. I don’t believe I’ve ever heard an audience applaud at the end of every single scene. 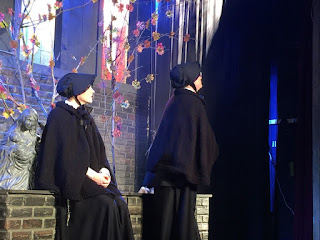 The play itself is way more complex than I thought, with the older traditional hard-ass nun pointing to a number of instances of the oppression of women by the male church hierarchy where even the progressive young priest tries to take advantage of male privilege. And then there is the race issue where the parent of the one black child in the school scoffs at some of the automatic assumptions being made. Thus Doubt is very contemporary despite taking place in 1964, not long after JFK’s assassination.

Kudos to directors David Risley and Jodee Timpone and stars Susan Corning, Frank Caiati, Ashley Ann Jones and Billyn Tarplain. We all know the outstanding work of RTC mainstays Frank Caiati and Susan Corning as actors and directors. Ashley Ann Jones has been a major dancer at RTC musicals since “A Chorus Line” but I’d never seen her in a dramatic role. And as the young nun she was superb. And newcomer Billy Tarplain in her one scene, blew everyone away.

Last week I wrote, “Call me prejudiced but I see this cast as capable of winning Tony Awards as well as any pros - if a Tony was given for community theater (there’s an idea!)”. Well, I truly believe that every one of the four performers deserves a Tony.

The directors of the summer blockbuster musical Newsies have offered me a small role where I get to run around the stage chasing some young people. I will be lugging my own defibrillator.

Norm’s other WAVE column is School Scope and he blogs daily at ednotesonline. com