Memo from the RTC: Doubt is Gone, Newsies on the Way 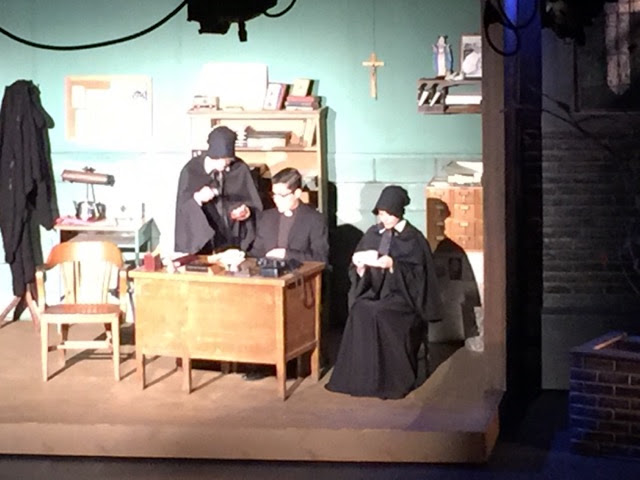 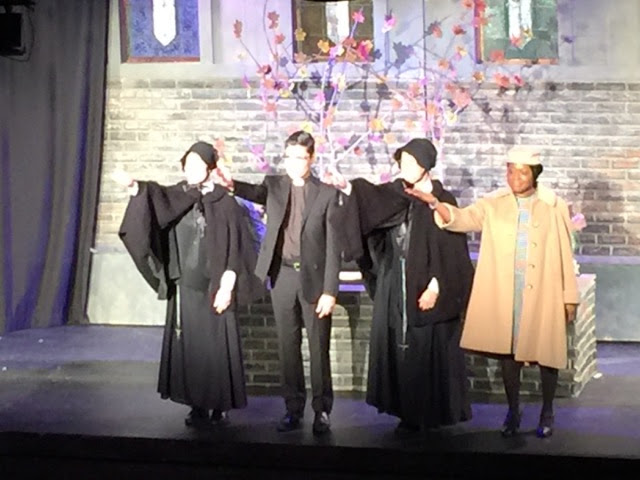 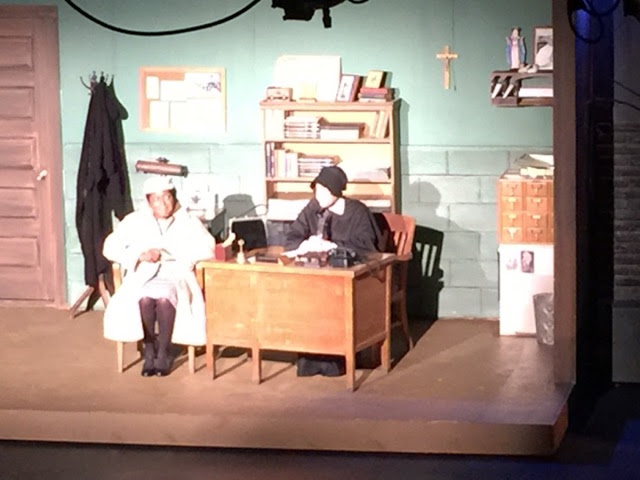 Memo from the RTC:  Doubt is Gone, Newsies on the Way

Why do they do it?
It was just a coincidence that Sunday’s Broadway Tony Awards were on the same day as the final performance of Doubt that afternoon where I felt I had seen once again a production worthy of Tony awards for all involved.

Non-musicals at the RTC don’t always sell out but the theater was packed with almost every seat filled. Word of mouth about the exquisite production of a play about a difficult subject had gotten out. The original Broadway production won the Tony award for best play in 2005 and some of the original cast won for best actor. The 2008 movie version with an all-star cast of Meryl Streep, the late Seymour Philip Hoffman, Amy Adams and Viola Davis was nominated for many Academy Awards. I didn’t love the movie. The subject matter just didn’t draw me in.

Of course, the superb acting of Susan Corning, Frank Caiati, Ashley Ann Jones and Billyn Tarplain under the strong direction of David Risley and Jodee Timpone, both accomplished actors themselves, were keys. I have said repeatedly that these actors should be up for community theater Tony-type awards. But there were other factors that made Doubt at the RTC something more than the sum of its parts. The intimacy of the theater itself. The wonderful Frank Caiati designed (that boy is a quadruple threat) and the Tony Homsey-led construction crew that built the sets. The costumes by Adele Wendt. And stage manager Suzanne Riggs who kept her finger on the button.

A few of Frank Caiati’s thoughts on FB are worth sharing: “I want to express my gratitude to everyone involved with this production. David and Jodee were rockstar Directors, always willing to entertain discussion and meticulous in what they wanted to see. Suzanne, our fearless stage manager, as per usual, supported us....and spoiled us every day. The crew were literal ninjas moving the enormous set pieces (and no one got run-over!) and being hilarious and kind humans. And finally...my three ladies, Susan, Ashley and Billyn were so much FUN backstage and so giving and present onstage.”

Most people see the theater as being about the people on the stage. Productions at the RTC are much more than the sum of their parts and in over a dozen years of involvement I’ve learned about every aspect of the theater, which has made all theater experiences so enjoyable. Frank notes the backstage crew who had to move a heavy mobile stage (the office) numerous times. For a four character play, there were a hell of a lot more behind the scenes people.

Why do they do it?

The next day at 9 AM, four of us joined Tony Homsey to take down that wonderful set. The stage was bare by 1 PM and we began building the set for the upcoming musical Newsies which opens July 19 (where I get to play a small role as the mean guy – typecasting.) Tony pushes hard to get the stage ready for the next show so they can rehearse on the real set and he has to translate the vision of the directors into the reality of a fairly small stage. Questions like will this part of the set obstruct the sight lines of some of the audience? Some of us where there until 4 PM.

The Newsies crew has not had access to the stage until now. A month is not that long a turnaround time, especially with a  musical with a lot of choreography.

And did I mention the power black-out at Fort Tilden which forced the rental of a generator that looks like a house I could move into? The show must go on (and Producer Susan Jasper always does what has to be done). Why do they do it?

Norm’s other WAVE column is School Scope and he blogs daily at ednotesonline. com