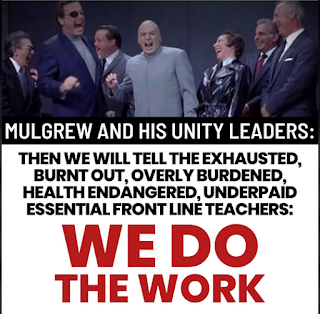 Unity did the work of ed deformer anti-unionists and corporate Democrats and Republicans by supporting:

Unity is out there with the self-mocking faux #wedothework. I reported on the Salesforce CCC - Clueless Call Center.

A United for Change crew came up with apt variations.

#wedothework of
We do the work of...